Road to Your Name Podcast​

The Road To Your Name Podcast is a new Canadian podcast that explores Indigenous culture, teachings, and current affairs. Fill your ears with interviews by Lisa VanEvery and her many unique guests including artists, politicians, Elders, entertainers, educators, and more.

The podcast is available on major platforms, including Apple Podcast, Spotify, Amazon Music, and Google.

Listen to the latest episode now
​About the Host 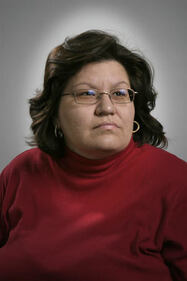 L.M. (Lisa) VanEvery is Kanien’kehá:ka (Mohawk) from the wolf clan. She is proud to be from Six Nations of the Grand River Territory.

Lisa graduated from Wilfrid Laurier University with a Bachelor of Arts degree (Honours) in journalism and criminology. She earned an Ontario College Graduate Certificate in public relations from Mohawk College and a master’s degree in education from Nipissing University. It is the Indigenous knowledge education that was shared with her over many years by Indigenous Knowledge Keepers that have strengthened her as an Indigenous person and guided her to become an educator.

Today, Lisa works for Aboriginal Legal Services in Toronto. She has written close to two hundred Gladue Reports for courts all over southern Ontario. In 2013, she assisted in helping develop the Indigenous Peoples Court (IPC) that opened at the Brantford Court in January 2014.

​In 2016, she became the coordinator of the Yohá:te ne kahsén:na (Road To Your Name Program), a cultural knowledge program that assists Indigenous people in the justice system who wish to strengthen their cultural connection.
Subscribe
Upcoming Shows
​We can't wait for the 3rd season to be launched next month. We have amazing guest speakers lined up. Stay tuned!
Resources

​Road to Your Name Podcast